Blocking is an extremely important and useful feature in any app because it gives you the power to remove a contact from your contact list for as long as you wish. This feature is also available in the instant messaging software called imo as the app ensures your privacy and security. Further, if you ever want to see the list of the people you have blocked, you can take a look at imo block list.

Sometimes you block people who are offensive or rude to you. You may find yourself blocking friends or family members because they are constantly bombarding you with messages. You may have mistakenly blocked someone or intended to block only for a short period of time or you may simply wish to see the people you’ve blocked. To do so, you'll need to following steps to see imo block list.

Step 1- Open imo App: On your device, you will recognize an icon with a white background and the word “imo” written inside a speech bubble. To use the app, simply tap on it. If you are logged out, sign in to your account. To sign in, you'll need to provide your phone number and name. 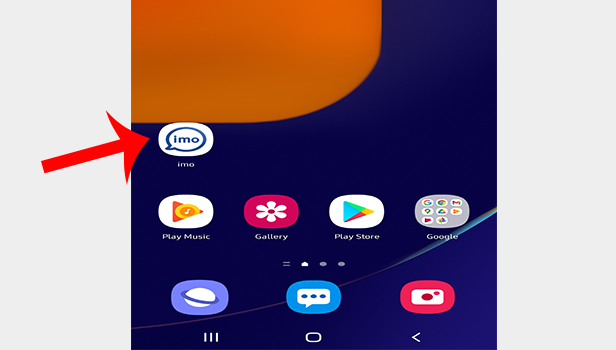 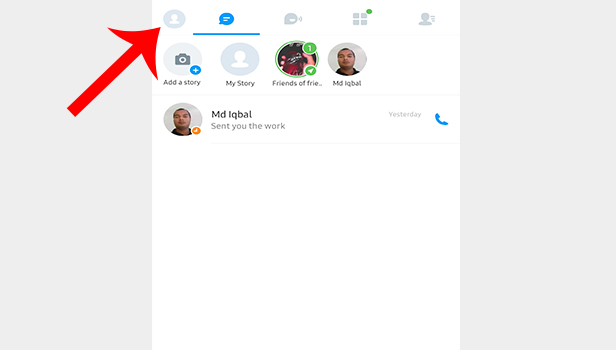 Step 3- Tap on settings: After you click on your account picture, you will have to click on the option of “settings” which is visible in the second row of the dashboard. Tap on it. 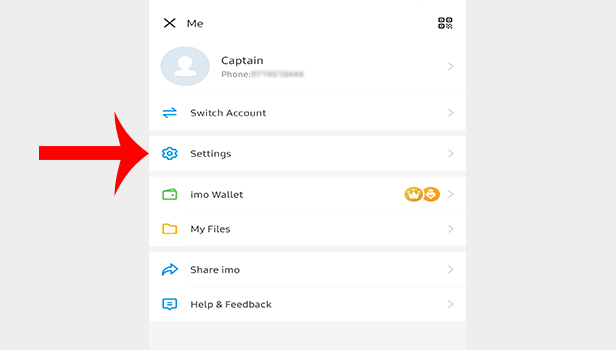 Step 4- Tap on privacy: Select privacy from the menu. When you select settings, a new row will appear with a variety of setting options. From the menu, you will need to select the third option titled “privacy” which has a lock symbol besides it. 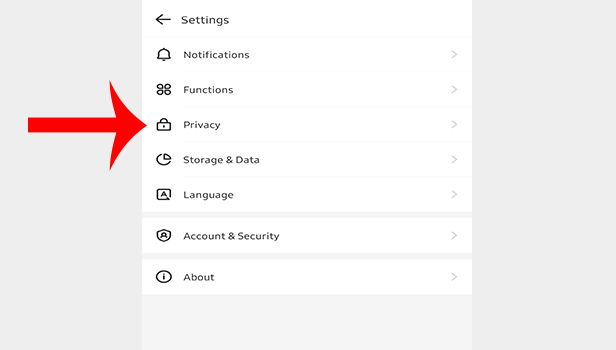 Step 5- Tap on blocked list and your list will be opened: You'll find a couple of subheadings under the privacy option. Under the sub heading of Contacts which is the third subheading in line, you will see the second option of “Blocked List.” Once you click on that, all your previously blocked contacts will appear. 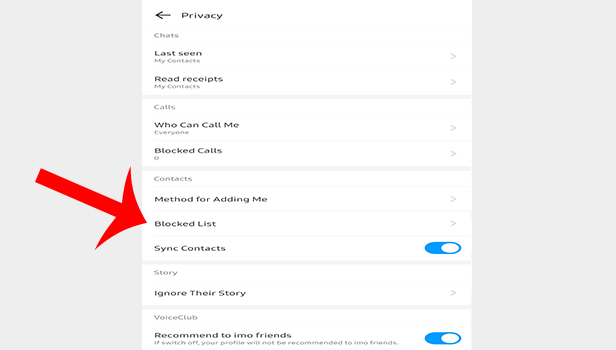 You can view the people you've previously blocked and see the imo block list by following this simple step to step guide. The imo block list stores the names of all the blocked contacts. You are also given the option of unblocking them if you'd want to or you can let them remain blocked.