How to Add Average Formula in Google Sheets

Just like the percentage formula, you can also add the average formula in google sheets.

Average is a very basic mathematical as well as statistical function which is used used to calculate the literal average of certain values or numbers. You can calculate the average of certain numbers by dividing the sum of all those values by the number of values present. You can also add subtraction formulas in Google sheets. But, here we will see how the average function works in google sheets with the help of this article.

Step-1 Open Browser and Go To Google Sheets: This is the very first step that will initiate the full procedure to open and work in a Google spreadsheet. Here, you first have to:

Step-2 Click On A Cell: This is the second step and in this step, you have to select the cell where you want to add the formula.

To select the cell,

Step-3 Tap the 'Insert' Option: Insert option is the fourth option in the top menu bar. It comes after the File, Edit and View tabs. You have to click on this 'Insert' option in order to Insert the average formula into your Google sheet.

Step-4 Click On 'Average': To find the 'AVERAGE' function in the Insert tab, you have to follow the given sequence of steps:

Step-5 Now Click Between ( ): You will now notice that the Average function is applied to your cell along with two brackets.

You have to click in between these two brackets with the help of your mouse to insert values.

Step-6 Select cells of which you want to calculate the average: Then, you are not required to water the values of those cells that you want to Average manually. You can just select all those cells by clicking on them to select them.

Step-7 Average Formula is Added: After you are done selecting them, you will see that the Average operation is now calculated in the cell.

Where Can I Find the Average Function in Google Sheets?

You can easily find the AVERAGE function in the 'Function' option of the 'Insert' tab of Google Sheets.

After finding this average function, it is not very tough to apply it to the cells in your Google Sheets. In fact, it becomes quite easy to use the average function by following the given steps in the correct manner:

The average number of the chosen values now appears in the selected cell.

What Is A Cumulative Average?

The cumulative average is quite similar to the normal average function but still a bit different.

How Can I Do a Rolling Average in Microsoft Excel?

To do a rolling average in Microsoft excel, you have to master the following procedure:

You must be knowing what is an average. If you have forgotten, let me remind you. It is the central value of the data. Like you have an average of your vehicle. It is the approximate kilometers that your scooter usually runs per liter of petrol or diesel. You can add average formula in google sheets for such utility. It is a very basic statistical value like adding the SUM formula for maths.  It can be calculated for many purposes. Before discussing that, let us go through the process of adding the average formula directly to the sheets.

Step-1 Open Google Sheets Application: On your device, search for the application of google sheets. It is an icon of green color having white outlined cells over it. 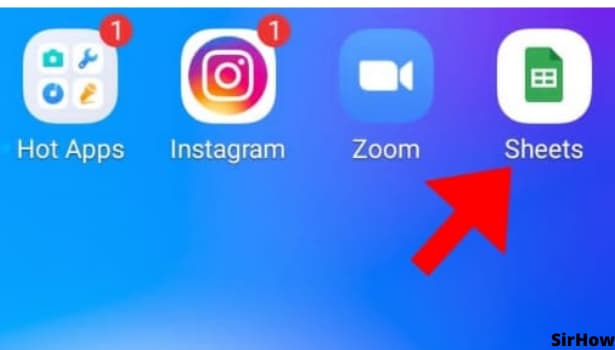 Step-2 Tap on the Cell: On opening the google sheets application, you see a list of your sheets. Select the one to which you want to add the average formula in google sheets. 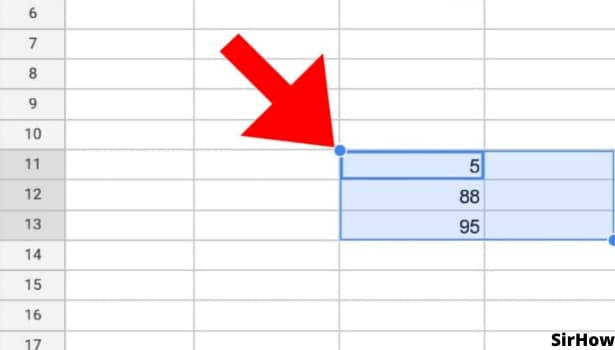 Step-3 Click on AVG: Now, there are two ways that can get you the average of your data. 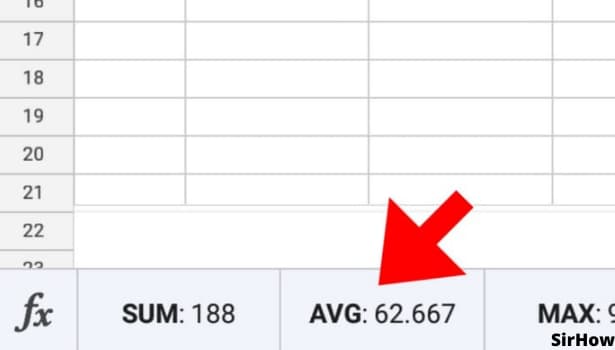 How to enter data into the average formula? It is easy. Once you go to the fx icon and select AVERAGE for average, you just have to specify the numbers or cell range. It will be like,

This format will return the average of the numbers present in the cell range of F9 to F16.

So, it isn't tough at all. Just know the data for which you want to calculate the average and specify it. Thus, it's done. Now, where you can use the average? For instance, in tracking student reports there can be a column for average. Similarly, you can incorporate average for monthly wages to calculate average yearly wages. Average performance, average growth, and average expenditure are some of the examples. So, start using the average formula for such purposes and make your task easy.